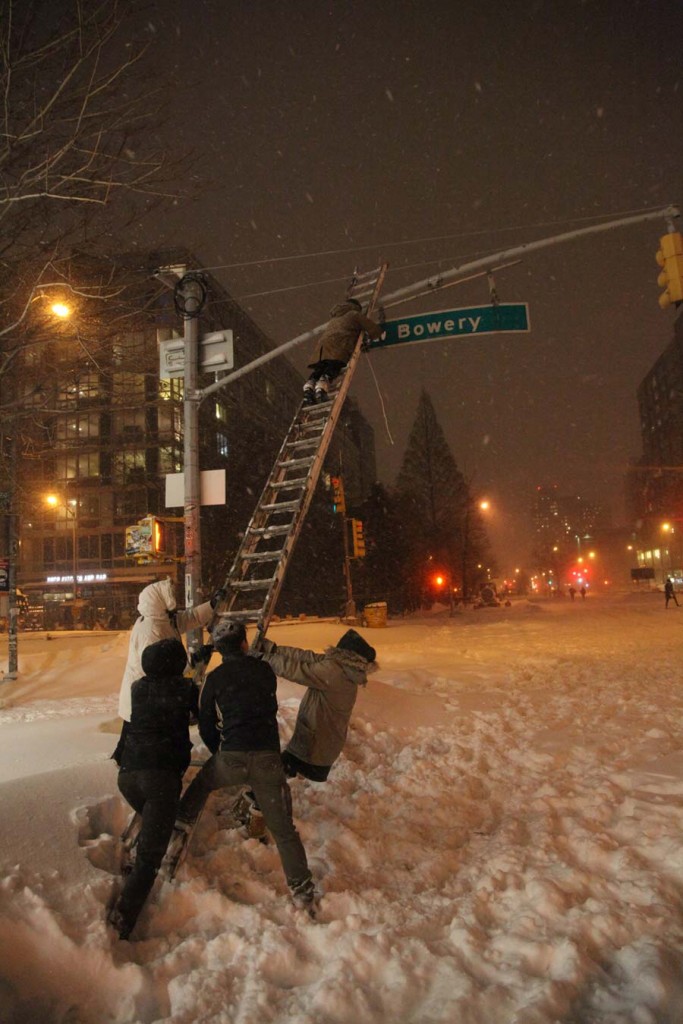 On January 23rd 1916, on a snowy night, a group of intrepid artists (Marcel Duchamp, John Sloan, Gertrude Drick, Allan Russell Mann, Betty Turner and Charles Ellis) slipped through an unlocked door and climbed up the spiral staircase to the roof of the Washington Arch and declared The Free and Independent Republic of Washington Square. The Arch Conspirators, as they were later called, perpetrated their performative action in the name of rebellion and artistic expression with a spirit of camaraderie and fun, very much part of the nature of Greenwich Village.

Last night, January 23rd 2016, on the 100th anniversary of that special event and in the biggest snowstorm of the winter so far, a group of also intrepid artists carried a wooden ladder more than 20 feet long, along Houston street, turned into a cross-country sky trail, to commemorate the life of an amazing and beloved artist we just lost.

Once they arrived to the Bowery they rally some locals to help bring the ladder up against the traffic light’s post where the street name hangs. This was epic and beautiful to see everyone working together. At last, finally up, one of the artists climbed up to the top and with a bucket of white paint hanging from his belt renamed the Bowery, now called David Bowery.

I really hope that the City will leave permanently this new sign, few blocks away from his residence, as a commemoration of the love New York had for him. But also to celebrate a Republic of artists and that same spirit of camaraderie and fun, which still is alive in this great city despite gentrification and real state pressures. 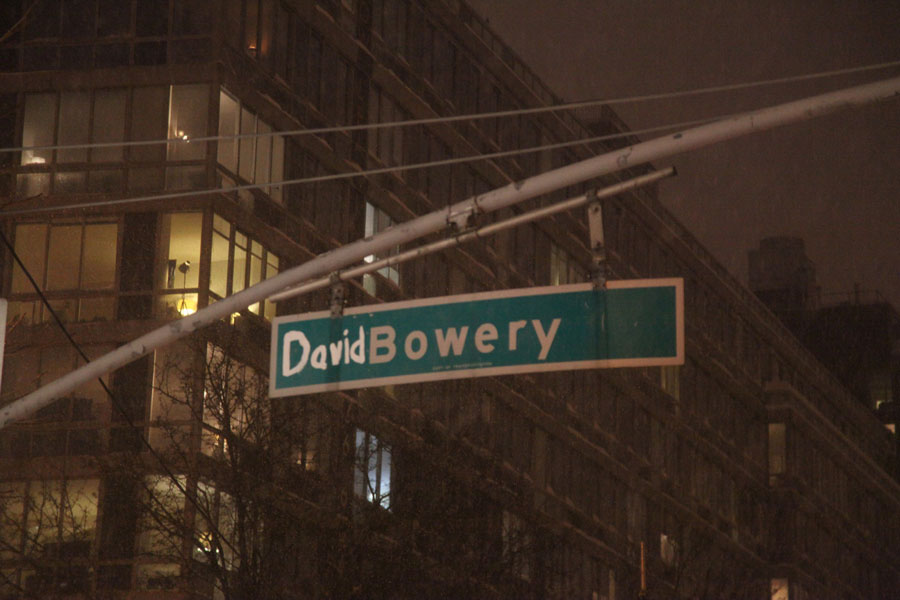 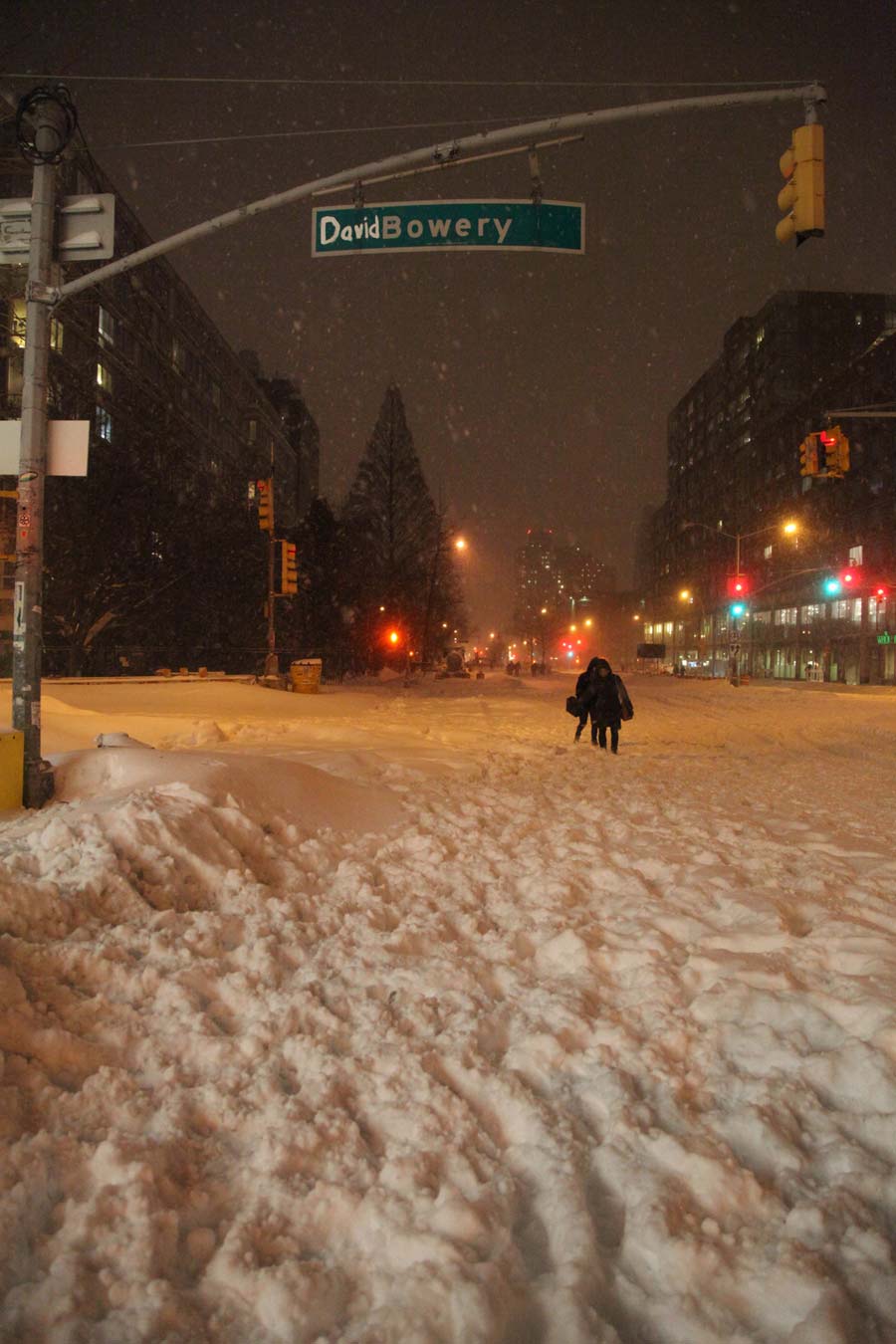