Lichtundfire’s “Visceral Velocity or the Emotional Speed of Things” from Nov 4 extended thru Feb 14, 2016

Lichtundfire introduces its space and online cultural platform www.lichtundfire.com with
Visceral Velocity Or the Emotional Speed of Things
­ Nov 4­ extended thru Feb 14, 2016

Check out our Online CATALOG “The ancient Egyptians kept their visceral parts in separate jars for the afterlife, except for the heart, that was meant to stay with the body­.”

Ross Bleckner expresses visually motion and emotion, contrasting masterful light and darkness and in doing so, pointing to the galactic dimensions of our existence by showing exactly the afforementioned.

Paul McCarthy‘s work is filled with visceral expressions, commenting humorously and bluntly on icons and traditions of pop culture and western civilization and on the inherently suppressed, individual sexuality within.

Margaret Evangeline uses the actual velocity of the propelled bullet penetrating material such as aluminum to create the visceral surface of her works formed and bent by the impact of the bullet.

Augustus Goertz visceral energy carves a niche out of painting and sculpture ­ creating an amalgamate with the detritus of both the earth as well as civilization. Such as old paintbrushes, cardboard, plastic containers, screws, cement, sand, soil, which leaves their original rawness visible and exposed. In one of his newest series, he incorporates plastic war toy elements, adding and submerging the narrative of another detritus of civilization in his sculpted surfaces as a reflection on the state of the human condition.

Kim Keever an under­water water­colorist, expands the definition of painting by creating a new medium, which combines the action of pouring paint into an aquarium filled with water and simultaneously documenting the moment when paint hits the element of water and submerges within.

Jonathan Peyser combines virtuously metal and leather into the interplay of tension between the two materials juxtaposing rigidity with fluidity, and turning leather into an unexpected sensual medium for movement and calligraphy.

Frank Thiel‘s photography investigates what has been usually overlooked and zooms in on the surface and structures of the manmade. His scrutiny of wall paint on buildings or construction materials seems to come from a place that feels the need to reveal the elementary in our self created world, such as the organic nature of paint shaped by its exposure to the elements or the beauty of decay of manmade matter ­ hovering between the admiration for the achievements of civilization and the yearning for nature to reinstate its rules and to assert itself.

Adja Yunkers created visceral surfaces, especially with printmaking technics, blurring the lines between painting and works on paper in various media. His richly layered surfaces, whether multiples or unique pieces evoke the impression of tactile lushness that makes us want to touch his pieces and to brush over their surfaces with our fingertips.

Check out our Online CATALOG 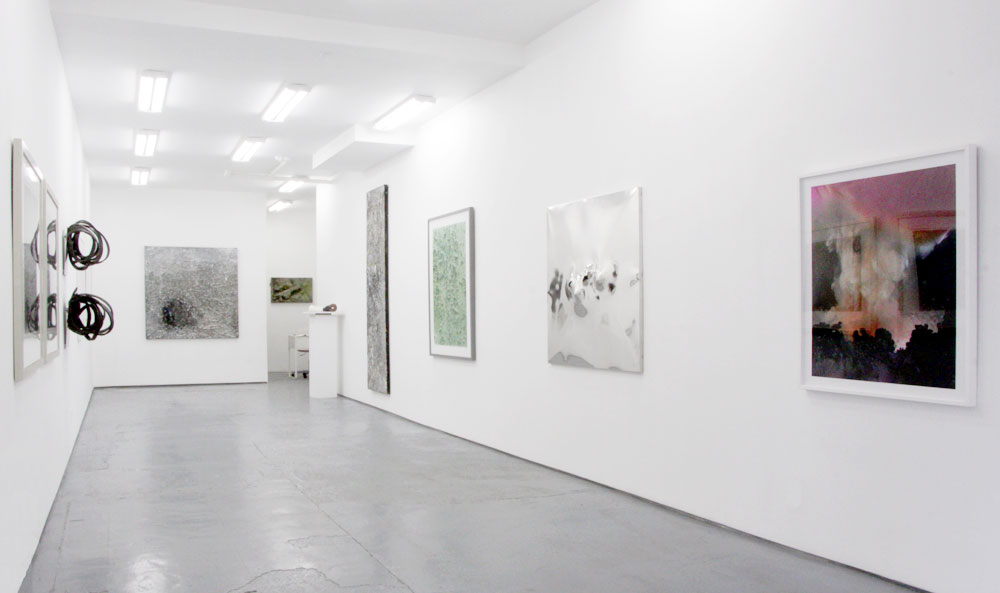 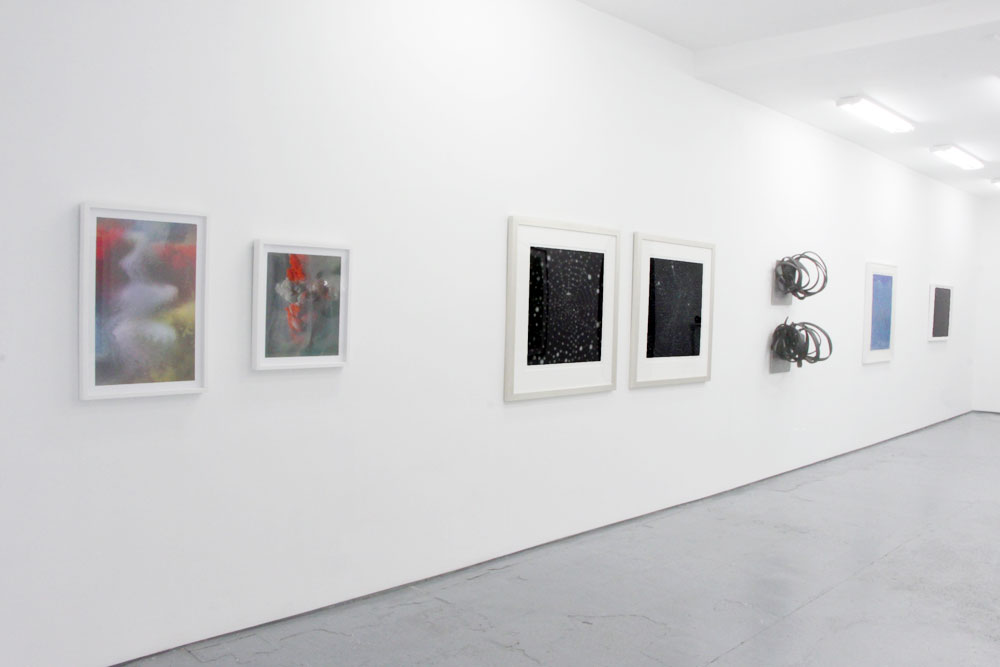 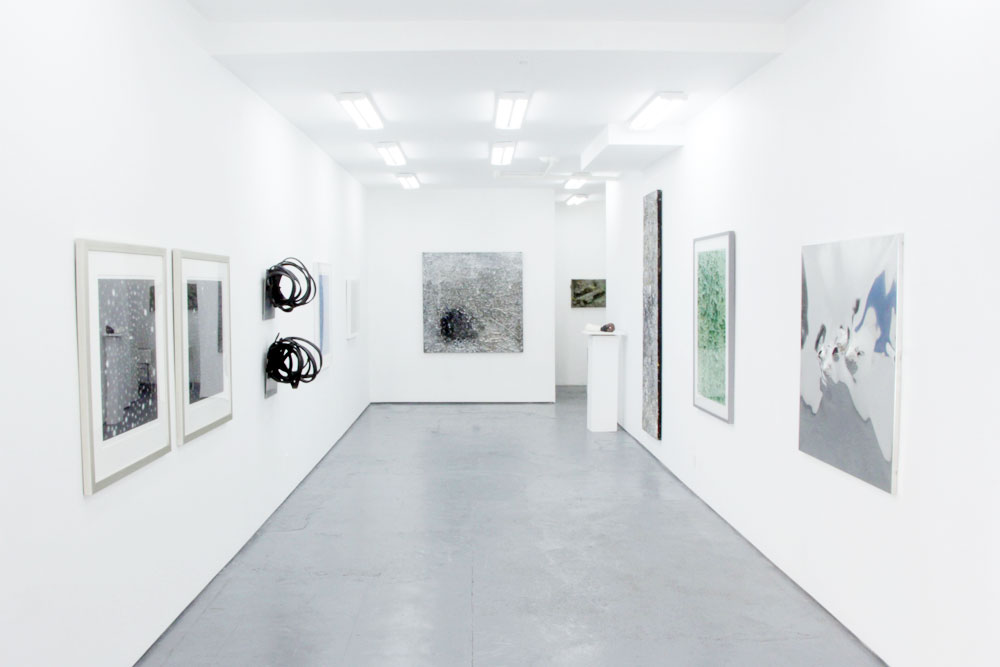 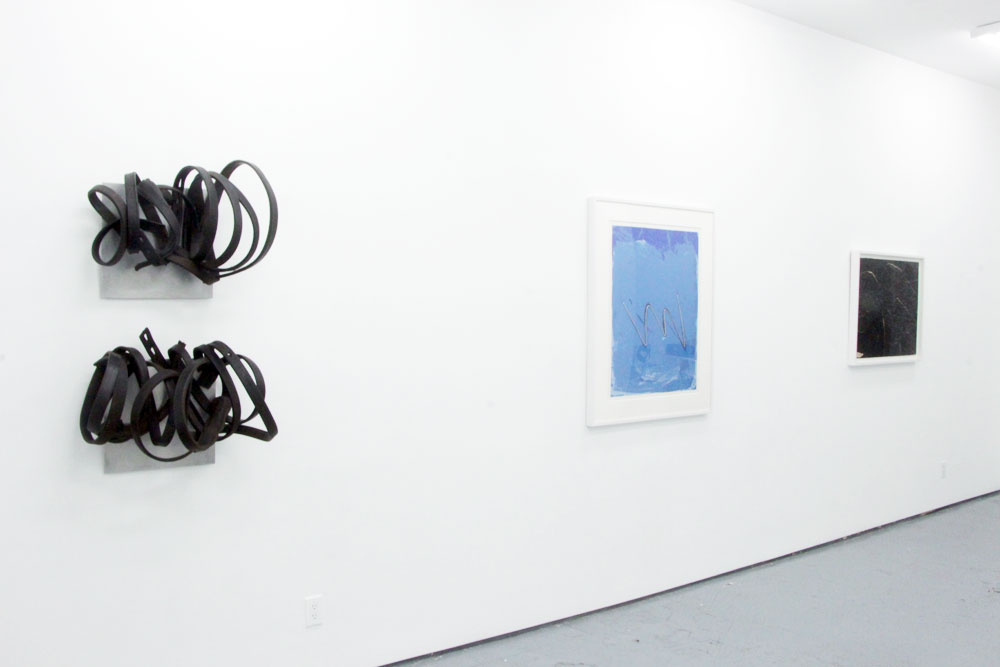 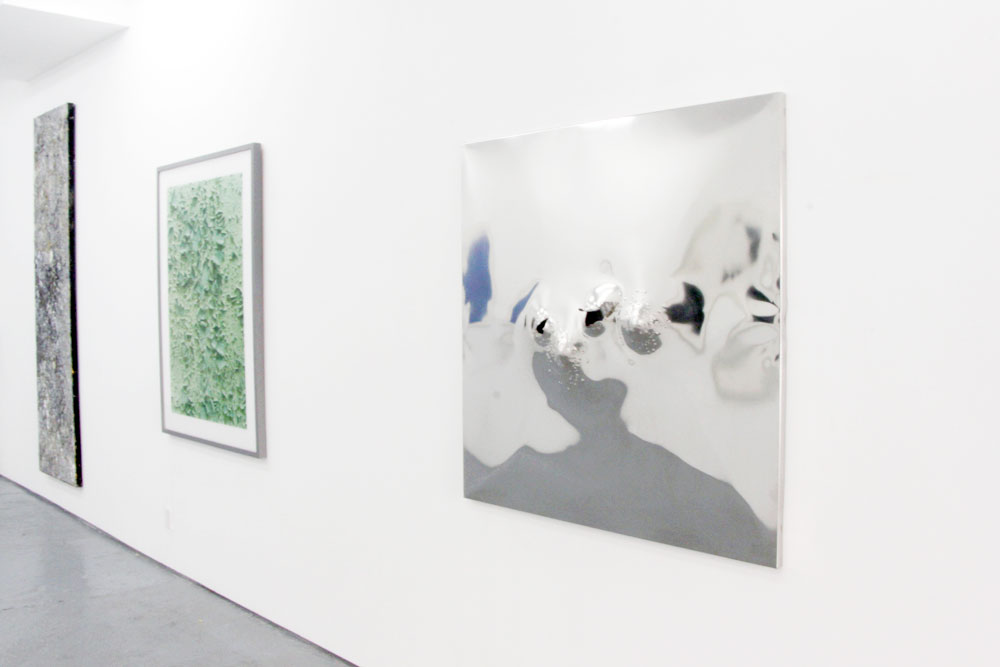 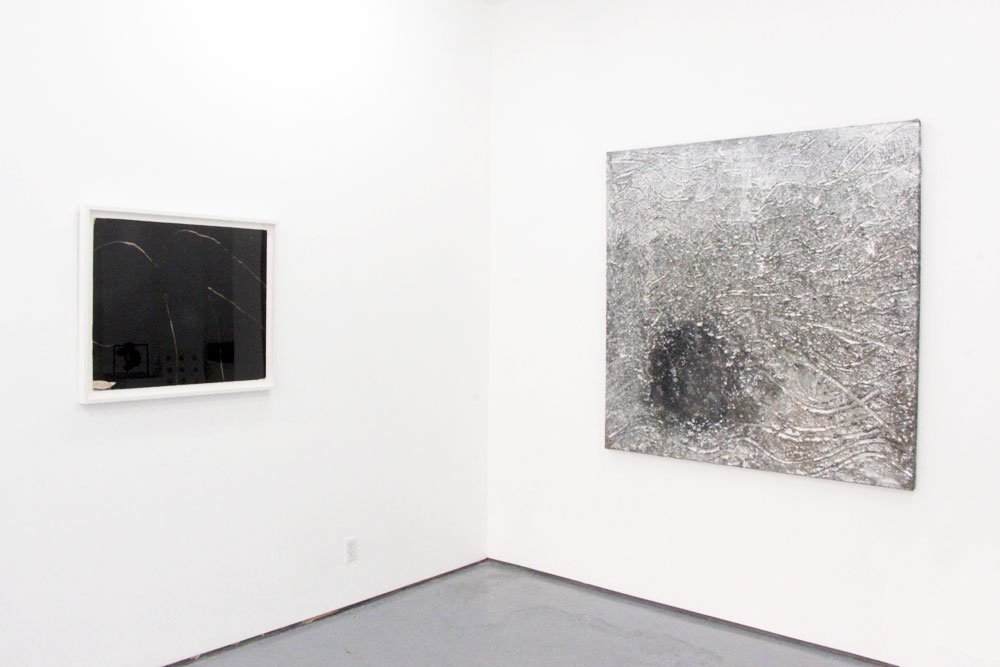 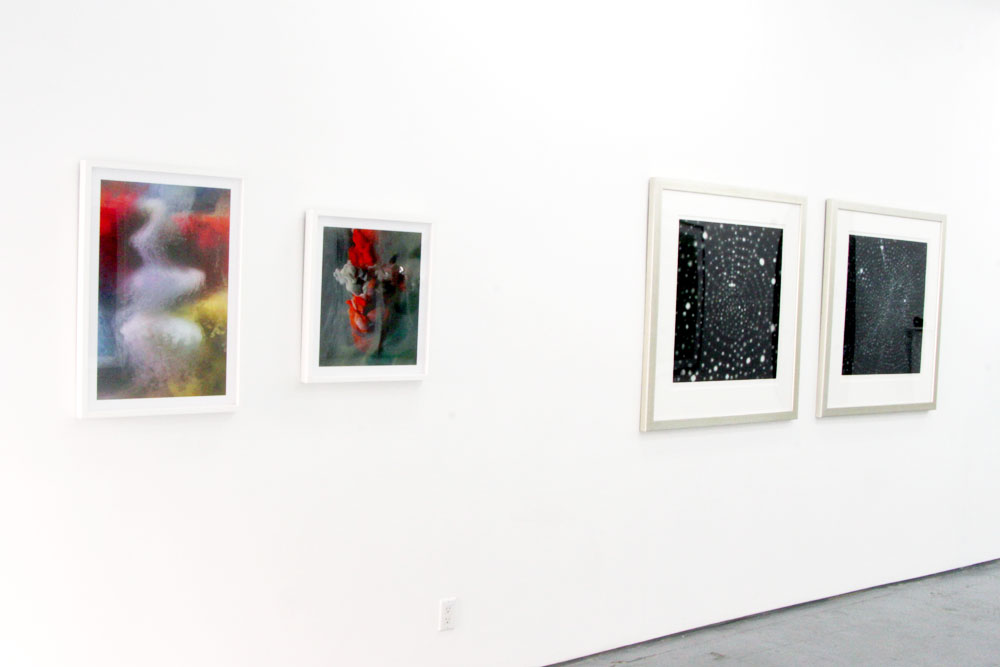 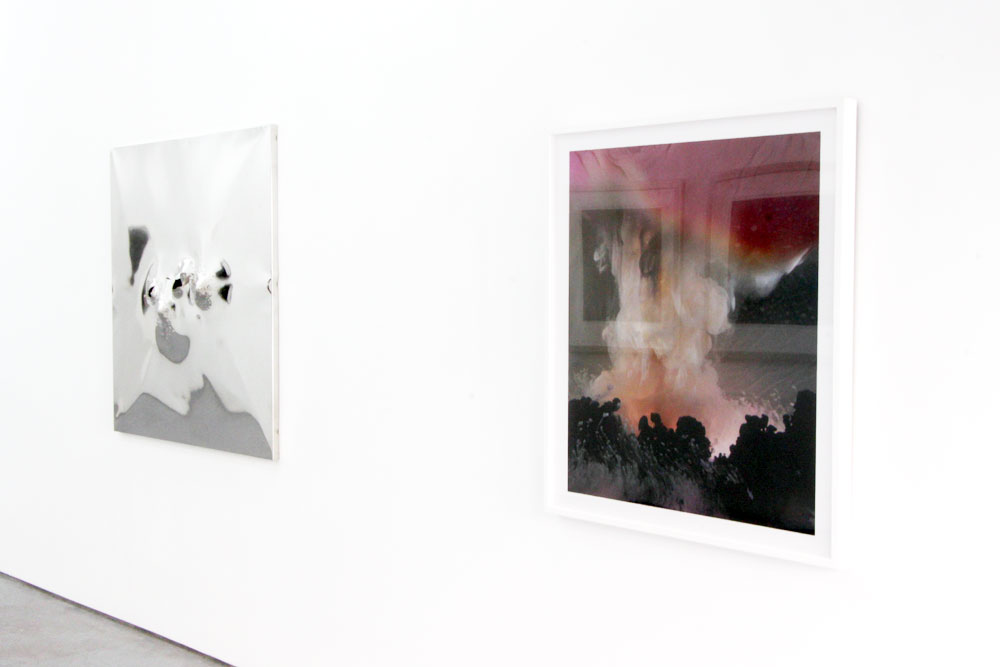 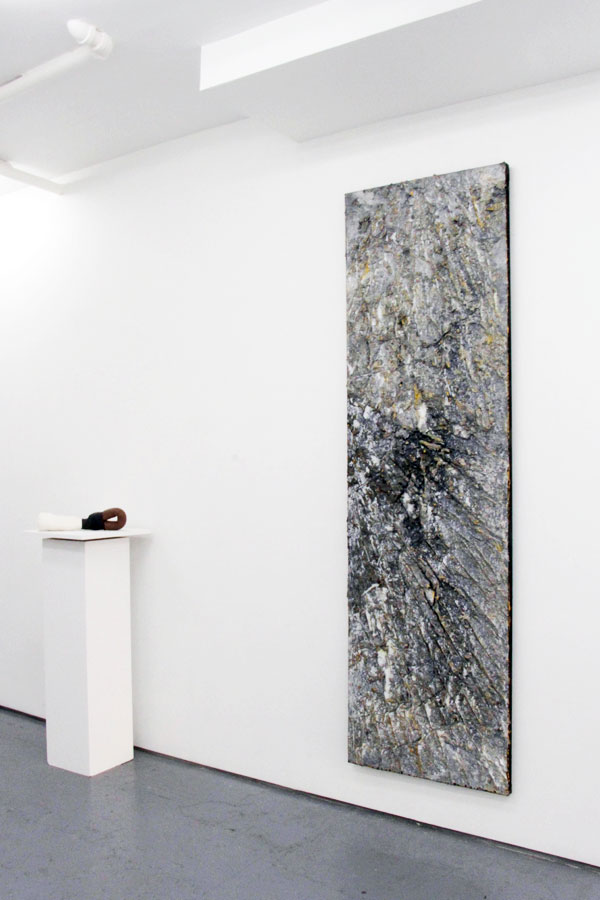