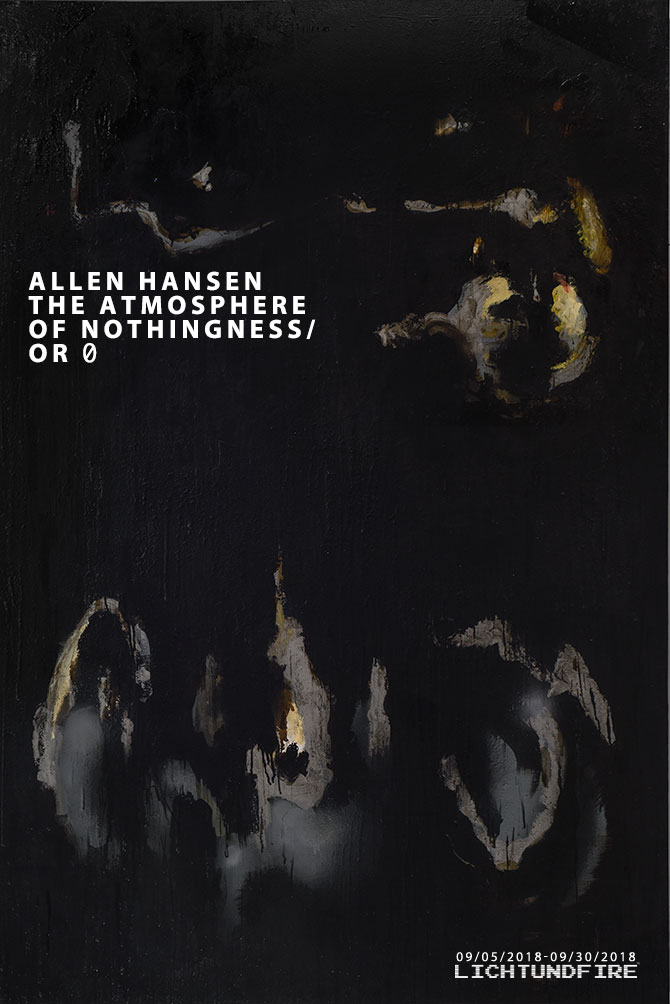 Lichtundfire’s “ALLEN HANSEN – THE ATMOSPHERE OF NOTHINGNESS/ OR 0” Exhibition

• ARTIST TALK with Q&A, Followed by a Reception for the Artist:
Thursday, September 20, at 6:30 PM 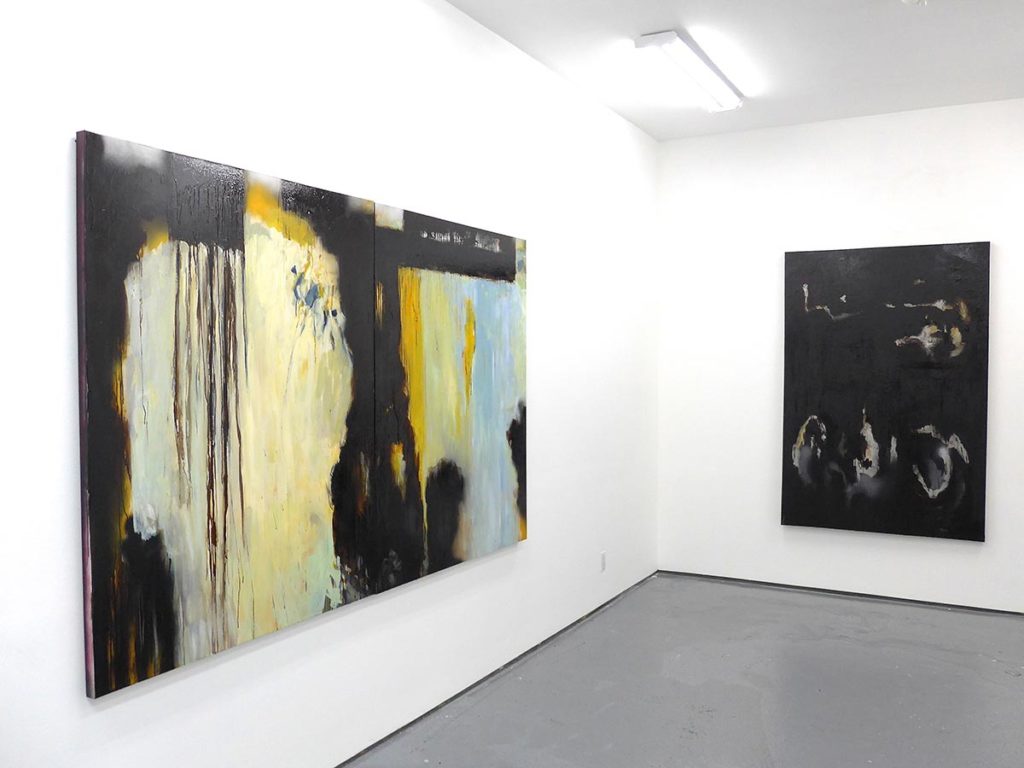 Please join Lichtundfire and the Artist for an Informal Artist Talk & Exhibition Walk Thru with Q & A for The Atmosphere of Nothingness/ or 0, a solo exhibition of large scale abstract paintings by Allen Hansen (Allen Anthony Hansen). This marks Allen Hansen’s first individual show at Lichtundfire and his fifth appearance at the gallery.

• A POETRY EVENING, followed by a Reception:
Thursday, September 27 at 6:30 PM 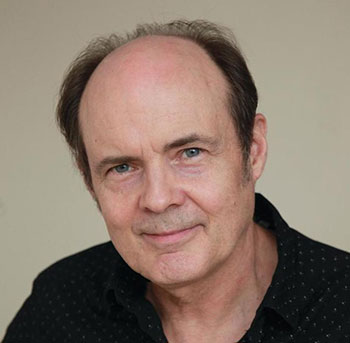 Please join Lichtundfire for an evening of poetry with Jeffrey Cyphers Wright. Wright will read his new book Blue Lyre as well as from a forthcoming book of self-portraits called Doppel Gangster full of humor, honor, and humdingers.


IN CONJUNCTION WITH THE EXHIBITION by ALLEN HANSEN – The Atmosphere of Nothingness / or 0.

Allen Hansen, originally a skilled Neo-Romantic landscape painter, has been working for the past two decades as a Minimalist after a progressive transformation of continuously minimalizing his landscapes until the question arose: “Where do you go when you get rid of the horizon line..?”

Hansen describes it as finding himself being rather interested in “what contains and- is contained by- the number 0 than in the abstracted jug of water,” in other words- in preserving the atmosphere of a landscape void of its horizon line.

Subsequently, keeping the light source, or more general, the value of light in lieu of the horizon line, became Hansen’s new point of reference for his execution and direction for the viewer.

A challenge to the eye’s forever restless search for reference points in the quest to discover WHAT IS THERE– Hansen’s depiction of an ‘atmosphere of nothingness’, (beyond light and color), keeps his audience guessing, and reaching out into the dense void of a carefully calculated composition.

A fictitious light source and the occasional color on his dark canvases, painted with roofing tar, a medium shaped by his personal childhood memories as son of a roofer, leave the viewer with all but no substantiated image, and rather with a sense of time and space.

What lies beyond this threshold in Hansen’s paintings, however, is in the eye of each beholder, and in the visceral experience of his works, shaped by the distinct application of his medium and- a whiff of roofing tar.

Allen Hansen was born in Los Angeles, CA and raised in California. He holds a Bachelor of Fine Arts from the University of California, Irvine, Ca.

“Hansen’s painting is a dark, warm sublime. He has moved forward from landscape into his own vast horizon, developing lush abstractions that play on a cool palette that’s as warm as everyone’s radiators kicking in this month. His balance is near-to perfect, absolutely his own, and the result of years of development, focus, and dedication.” -[ READ MORE ]