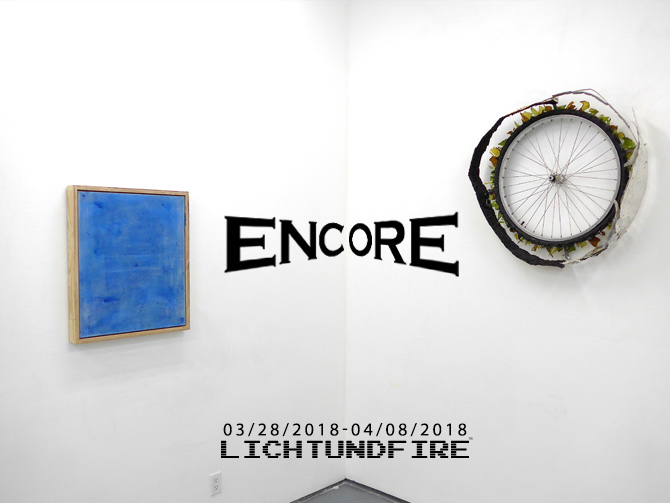 Lichtundfire is pleased to announce ENCORE, an exhibition following “LOVE FEST – Seriously,” a preceding group exhibition that brought together 10 artists, working in various media, who, at large, had been at the core of Lichtundfire’s program over the past two plus years.

With its concept, tightly linked to the previous exhibition, the 13 artists in this show share an exhibition history with the space as all have participated in shows and projects at Lichtundfire in the past.

As in the previous exhibition, this show emphasizes the aesthetic and conceptual dialogue between the work rather than one particular genre or mainly individual careers.

The idea of the whole- being- greater- than- the- sum continues here beyond the confinements of a limited repertoire of the Whos and Whats into the realm of infinite possibilities.


This Exhibition is kindly Supported by TSINGTAO BEER